We know a picture says more than a thousand words, so how many words does a video count as? Anyway, here you go, watch the brand-new Anno 1800 – “Land of Lions” teaser trailer!

We’re excited to announce that Anno 1800’s biggest DLC yet will release on October 22nd, 2020 (a date which coincidentally has the checksum 9) on the Epic Store, the Ubisoft Store and on Steam.

“Land of Lions” will feature a completely new session, the land of Enbesa, with its own story, new population tiers, production chains and goods… but we don’t want to go into detail just yet!

Stay tuned for the first wave of information starting next week.

Winners of the Postcard Contest

In early September we asked you to send postcards from the world of Anno, showing off your cities and islands to create some vacation feelings. And we received a lot of amazing cards from places we’d love to go on vacation to! Naturally, making a decision was tough but after plenty of deliberation, we managed to decide on our 5 favourites. You should still check out the English and German forum threads for the other cards or look up the ones posted on Twitter with the #annoholidays hashtag. 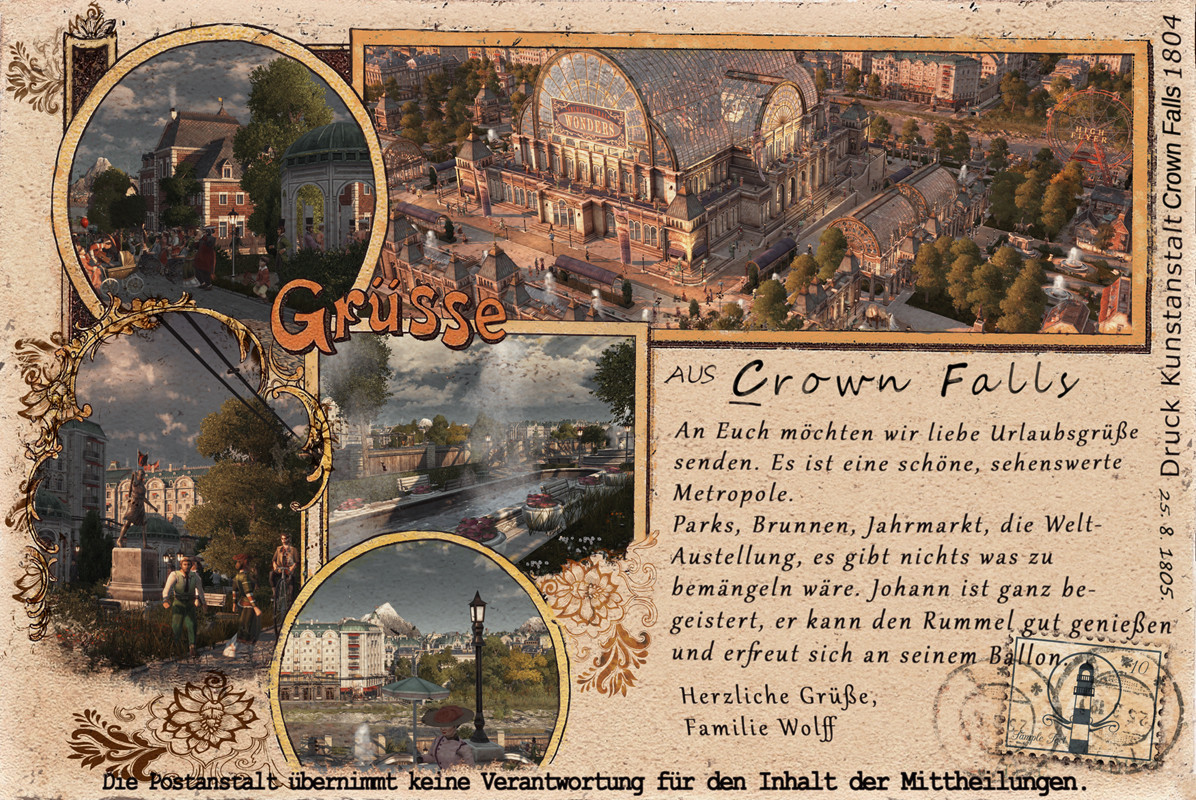 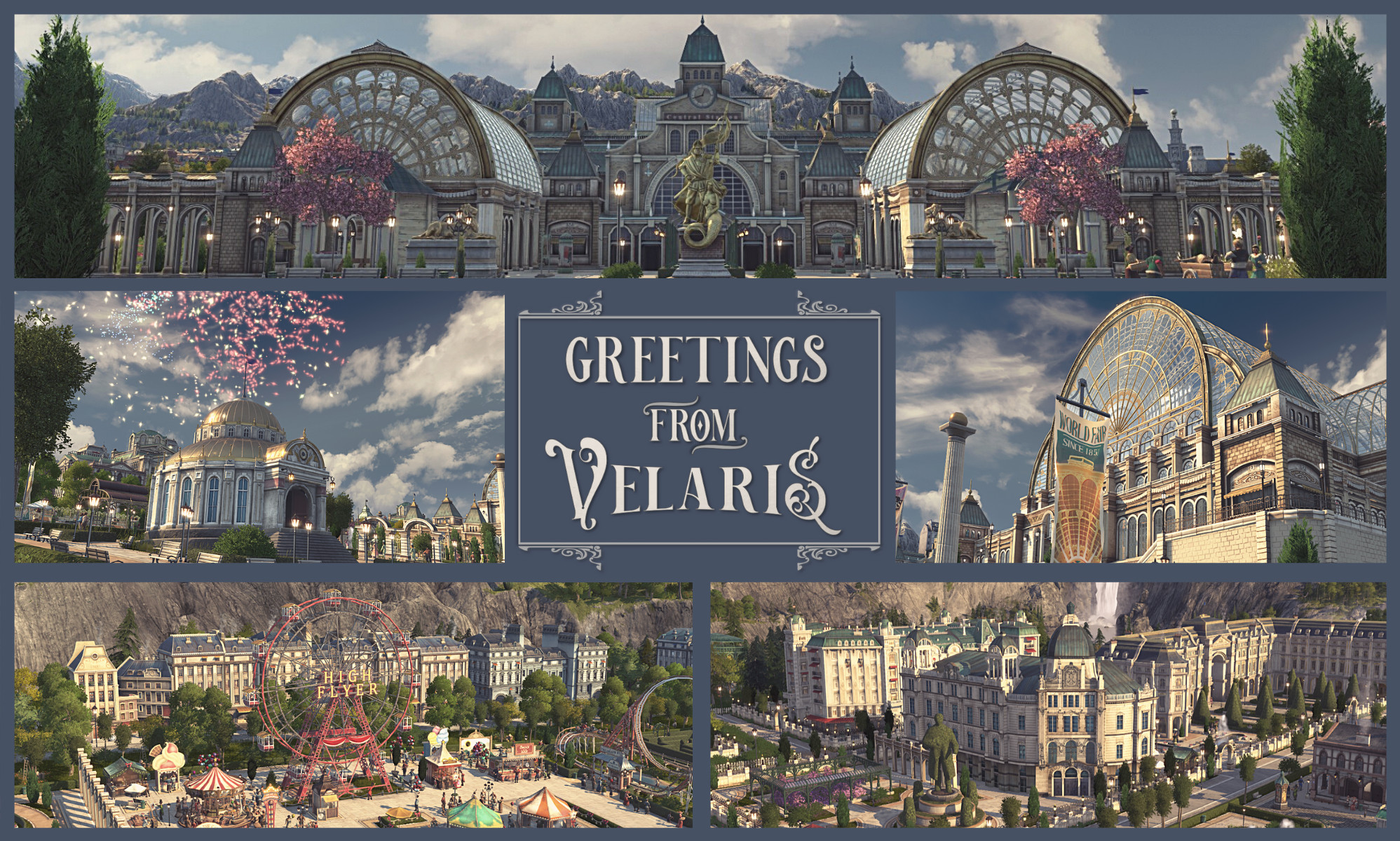 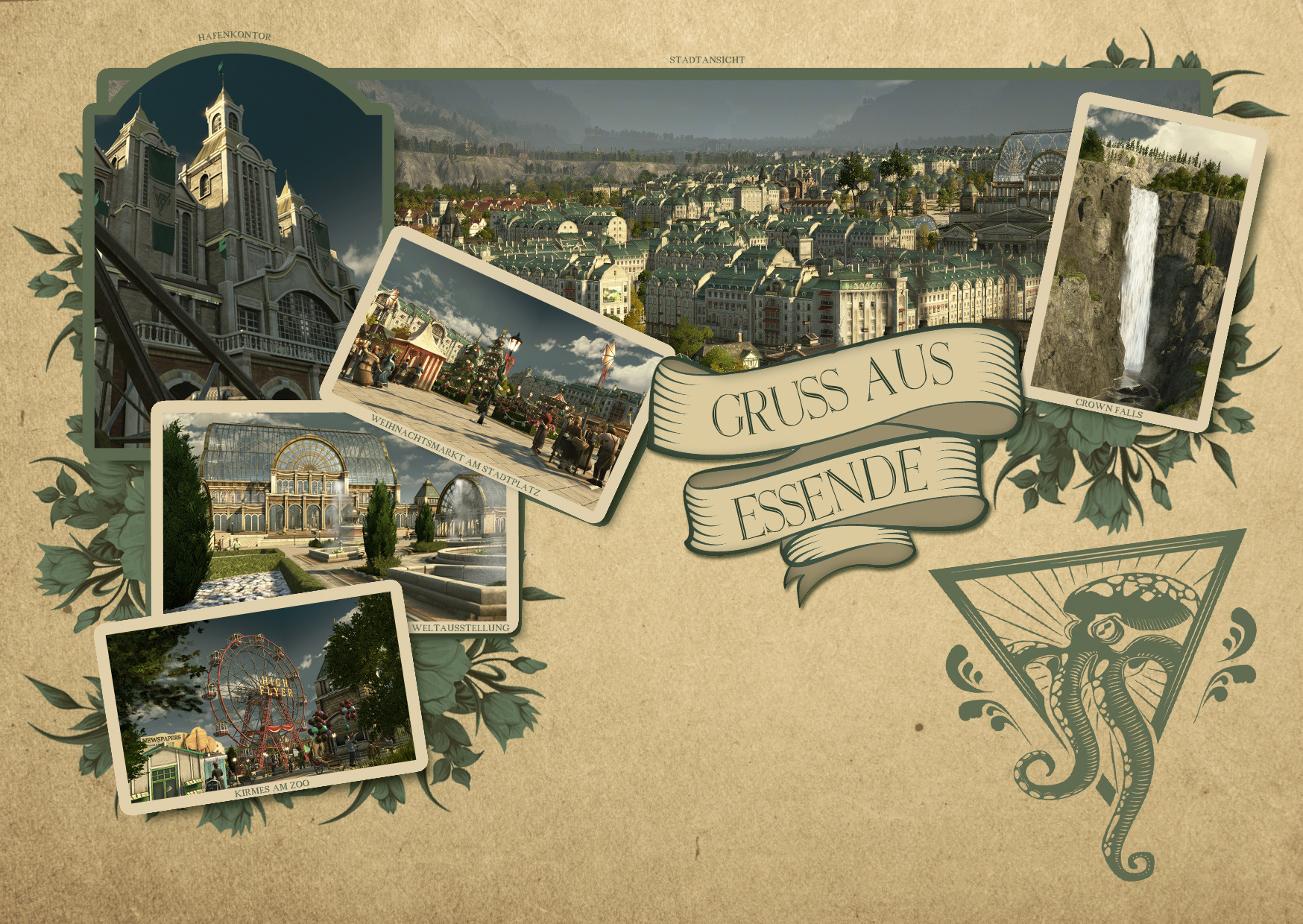 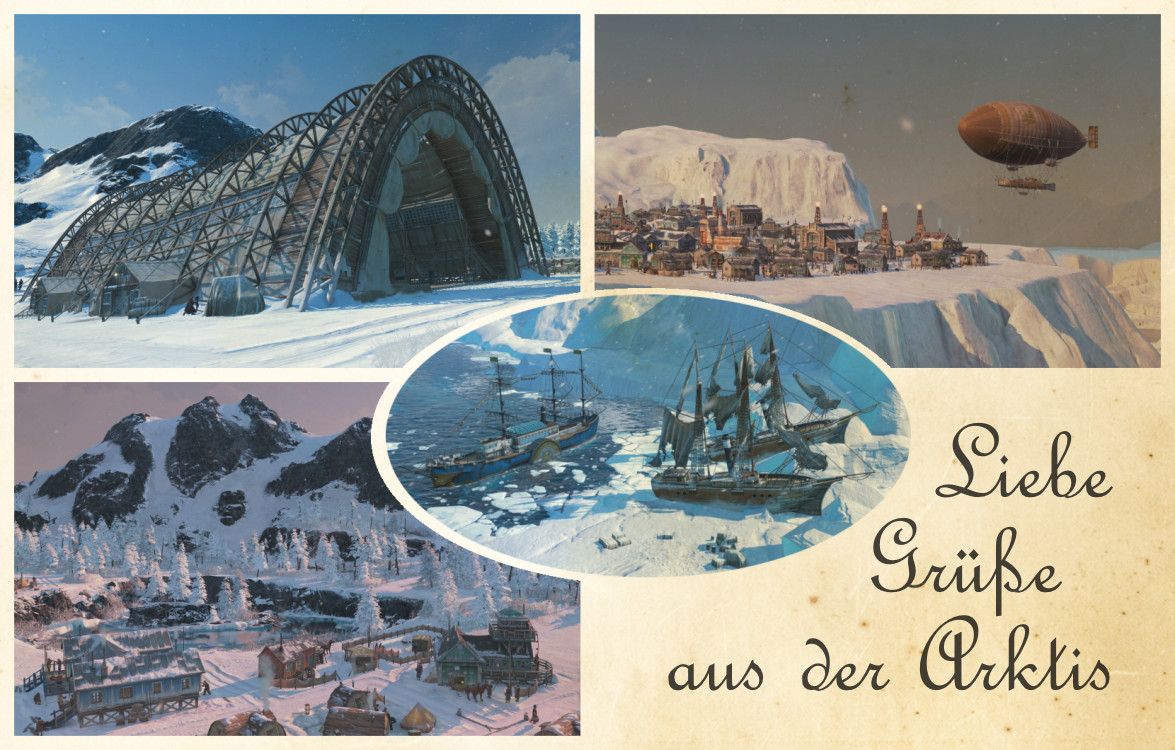 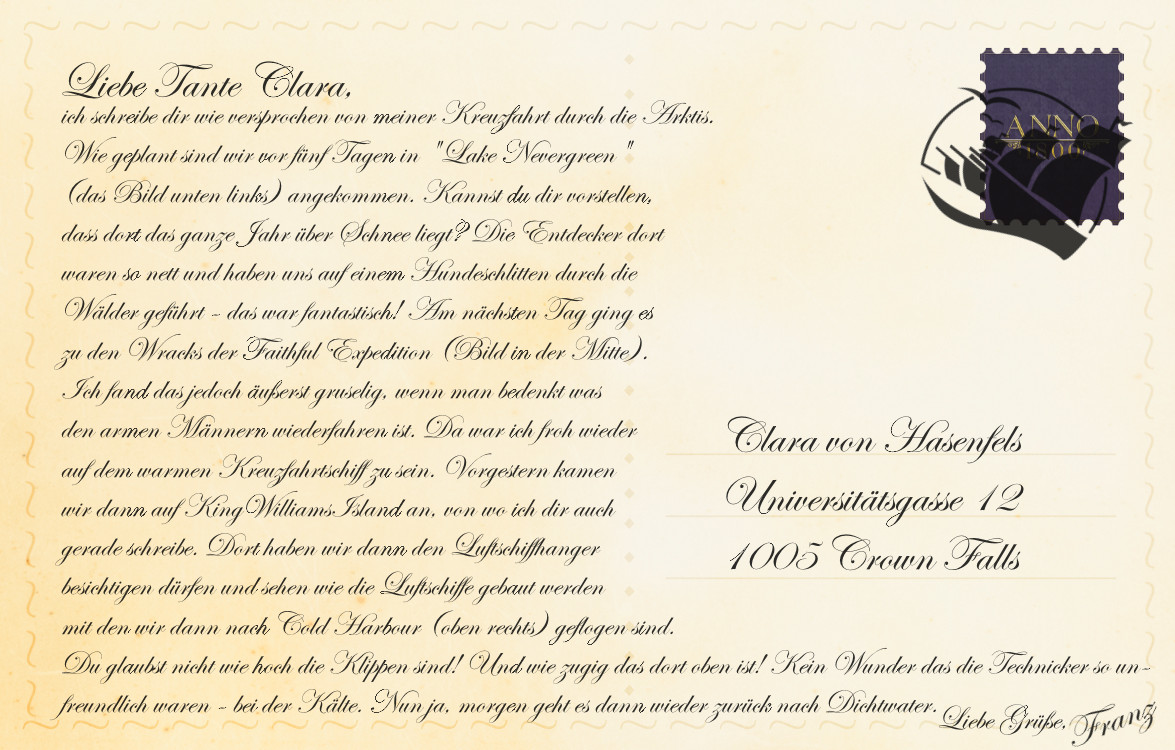 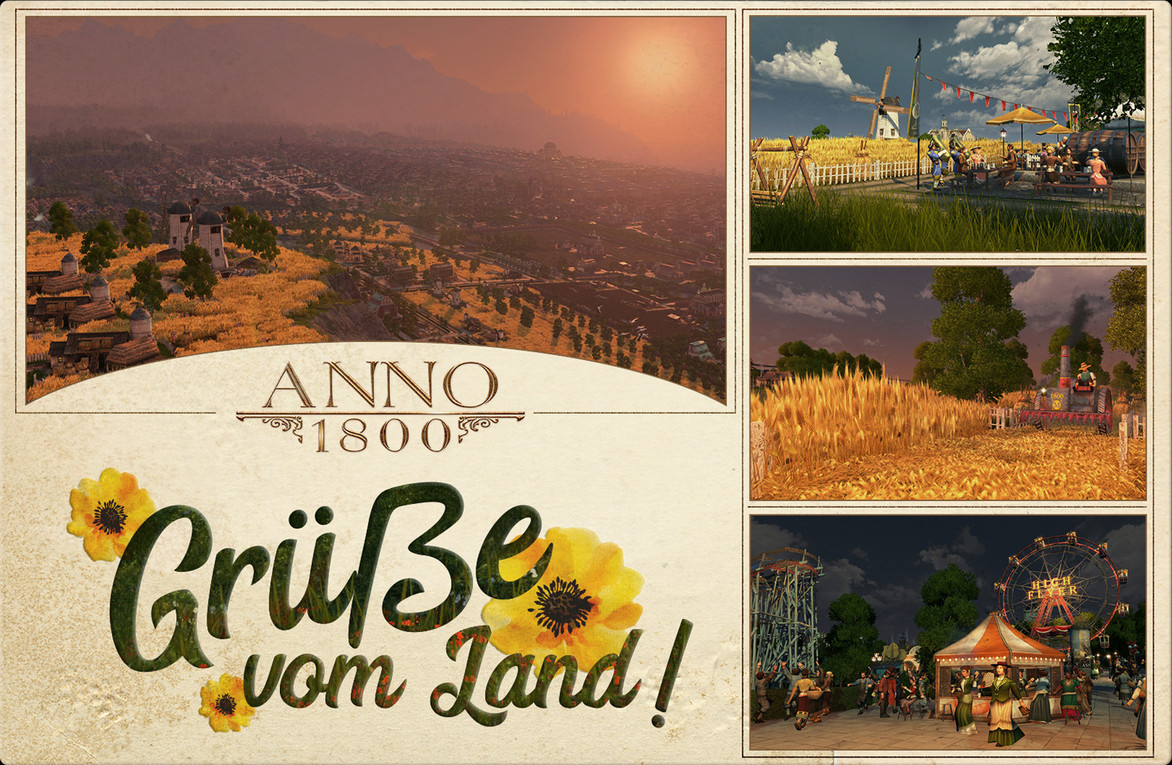 We will contact all winners on the platform they’ve posted their postcard on, to get their contact details. So please keep an eye on your inbox!

Please be aware there might be delays later on with shipping due to the current world-wide Covid-19 situation.

An update for the Anno Union

After the update to the new Anno Union in June we received plenty of feedback from you as to which parts you’d like to see changed or added.

Today we not only want to say thank you for your constructive input, but are also happy to announce that an update was deployed this mornig with some great changes:

You can now switch between dark and light mode, as requested by several community members, by clicking the round button right next to the language selection.

From now on you will also find all trailers and streams listed in the new video page – of course including the new “Land of Lions” teaser trailer!

In addition to these features, some smaller changes were also implemented, for example, the front page has been optimized to require less scrolling to see all the content and the box to write a new comment is now right below the article – you won’t have to scroll to the end of the comment section anymore.

There are some more, minor improvements and we still have a few ideas what else we want to add and will keep you updated. In this regard we’re of course open to your feedback, so let us know if you have suggestions or ideas for the Anno Union!