Its main purpose is to be a place where you can find links to all important community resources like the Anno Wiki, Subreddit and various tools created and maintained by you. We’re extremely proud to have such an active, passionate community and therefore want to highlight the things you do here on the Anno Union.

You will also find links to all our channels as well as the download for the most current wallpaper pack there.

Finally, we feature a “community spotlight of the week” in addition to the ones in our Union Updates. So make sure to let us know about all your video and fan art projects! Since we’re starting on a Thursday, we’re running this “weekly” for 1,5 weeks till July 12th and feature two creations instead of just one.

This page is by no means considered final and we’re planning to expand on it with additional sections as well as links to even more community content in the future.

So, if you’re missing a specific link or have a suggestion for what else should be on the Community Page – let us know!

Anno is getting new forums

We also have an announcement regarding the official Anno forums which are available in English, French and German:

On July 20th, we will be switching to new Anno forums. This is part of a wider initiative to slowly move all Ubisoft forums from the old forum software to a new system, which is done in waves. You can already have a look at the new forums for e.g. Assassin’s Creed and The Division here.

What does this mean for you?

Firstly, the current forums will be switched to “Read Only” on July 20th. You can still access them and read all old posts but can’t create new posts or reply to threads.

Private messages, visitor messages, post counters and ranks are also not transferred. Everyone is starting with a fresh slate.

Thirdly, the new forums are accessible as usual with your Ubisoft account, you can login and continue there as you used to.

We will keep you updated on this topic and link to our shiny new forum as soon as it’s ready.

The voting for the different concepts presented for this year’s Green Game Jam has ended on Monday.

You can have a look at the top 5 and their concepts here on the Playing For The Planet website.

We want to say a big Thank You to everyone who voted for Anno 1800 in the Player’s Choice Award! Our “sustainable cities” concept came in 3rd, and we can’t wait to show you more later this year. Stay tuned!

These are some early scribbles for possible ornaments. They might not end up looking just like this in the end and, as you can see on the example of the underpass, our Concept Artists create several different versions for each idea, before we then decide which of them should be turned into the 3D model for the game. 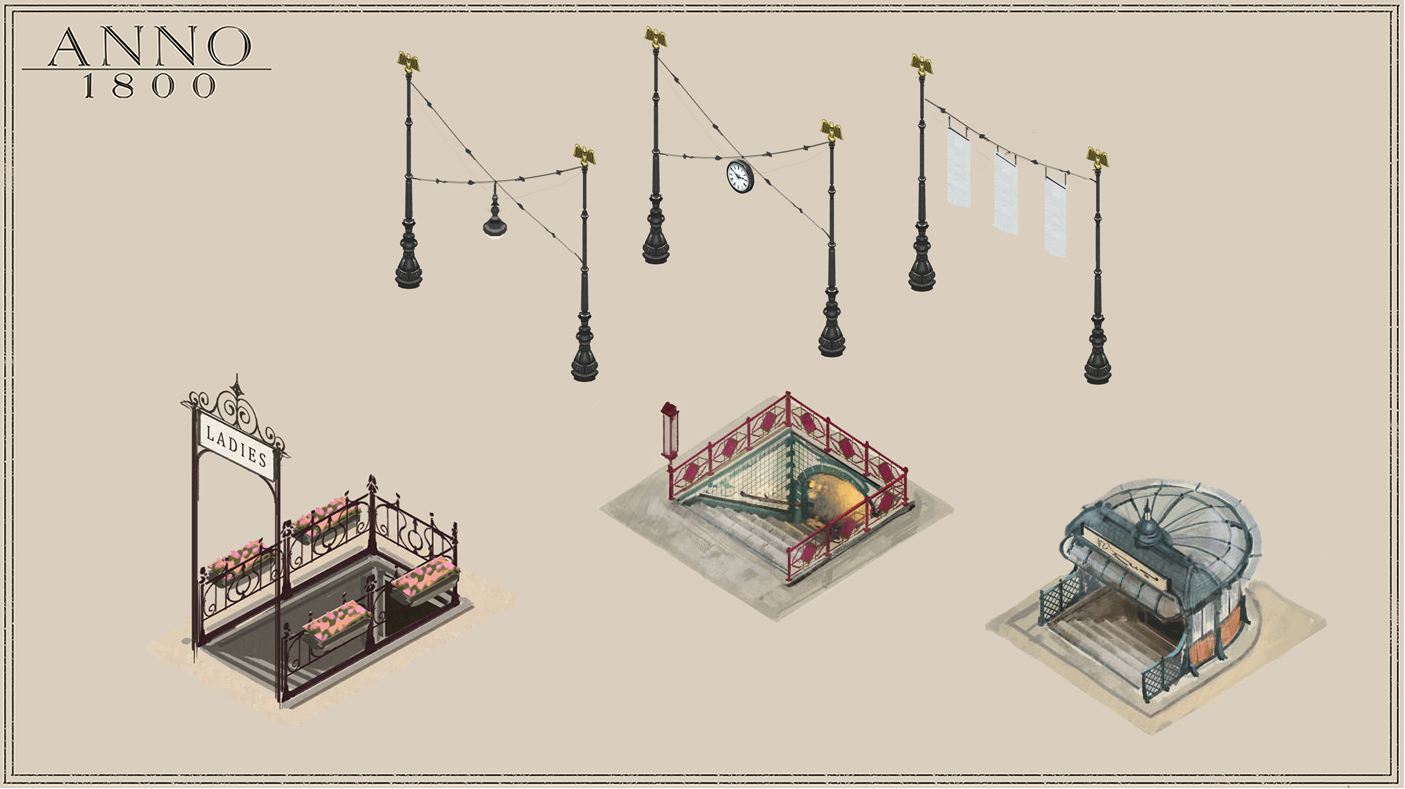 If you want to get some more insights into the development process of a Cosmetic DLC, have a look at this older DevBlog.