Today we want to give you some information on our participation in this year’s Green Game Jam which we have previously briefly mentioned on World Environment Day.

So, what is the Green Game Jam?

Let’s start with quickly defining what a “Game Jam” is:

In its most basic form, it’s a time-limited contest during which participants create a working video game (or at least a working prototype) in just a few days. Nowadays, there are quite a few different Game Jams organized in a bigger way, which differ in scope, goals and rules.

The Green Game Jam is a bit different from most others since it’s focused on live games, meaning: It’s not about creating completely new games but about creating new game modes or other activities for existing games.  The goal is to brainstorm and prototype ways to combat climate change and portray those via these games.

The idea itself is a result of the creation of the “Playing for the Planet Alliance”, an initiative by various companies related to video games, following the Climate Summit in New York with the goal to make game development more sustainable and reduce emissions in video game development. Ubisoft is amongst its members.

Check the links above for additional info.

What’s this year’s GGJ about?

This year’s Green Game Jam is focused on forests, but split into two themes:

Play4Forests is about forests on land, focusing on the conservation and reforestation of areas around the globe.

Glowing, Glowing, Gone on the other hand is about “underwater forests”: Coral Reefs which support many different kinds of fish and other marine life.

Several different game studios participate in the Green Game Jam, and from today on you can vote for your favourite project over on this website. The winner will be announced on June 25th.

All participants pledged to implement their idea into their game, to raise awareness for the above-mentioned issues, so let’s talk about our participation.

Where do we come into play?

We were quickly on board with participating in the Green Game Jam and ultimately decided to go for the “Play4Forests” theme which we thought would be a great fit for Anno 1800:

We want to create awareness for sustainability and explore the interdependencies in eco systems which are barely present in Anno 1800 despite it being set in the age of industrialization.

Prior to the Game Jam itself where we came up with our concept, we were able to attend various workshops and presentations to educate and inspire the team on these topics.

What’s our concept for this year’s GGJ?

Anno is about growing settlements into huge metropolises, about massive production chains and vast amounts of resources being produced and shipped around the world. And with Anno 1800, all this happens in the age of industrialization, where players have to build new polluting factories and can achieve completely new population records – but the idea of sustainable growth is barely present.

Our idea, therefore, is to put this aspect more into the spotlight with the following concept:

Players would start on an untouched island with low population and are required to create a sustainable city. If you don’t keep the downsides of your growth in mind and find measures to counter-act them, your island’s eco-system and your city will ultimately collapse. These can be things like only growing monocultures leading to decreased fertility, aggressive deforestation leading to deserted island and over-fishing would rule the oceans out as food source at a later date.

Have a look at the concept art below to get an idea of what we have in mind: From an untouched island over a small settlement to a failed first attempt. Followed by a more sustainable second attempt. 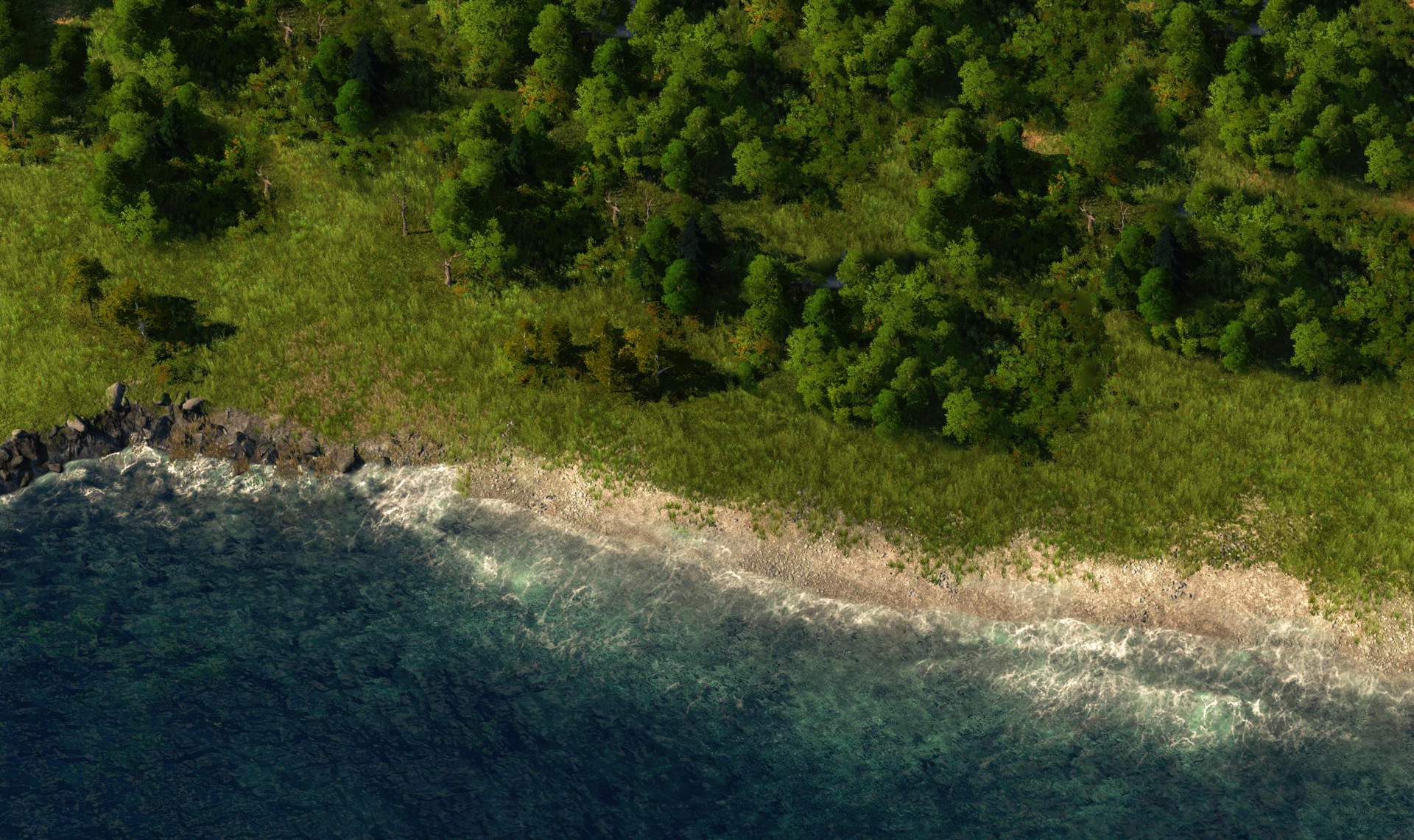 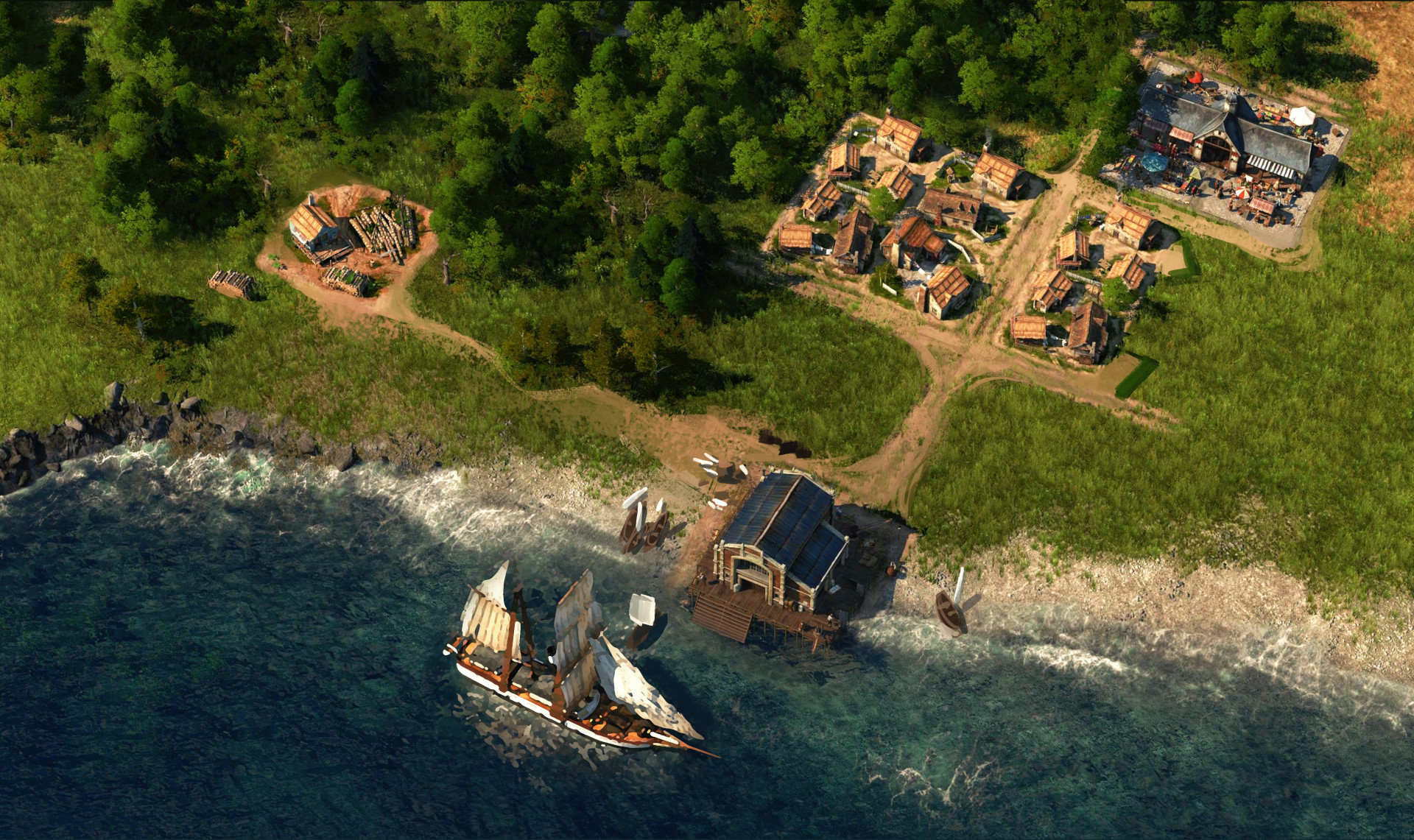 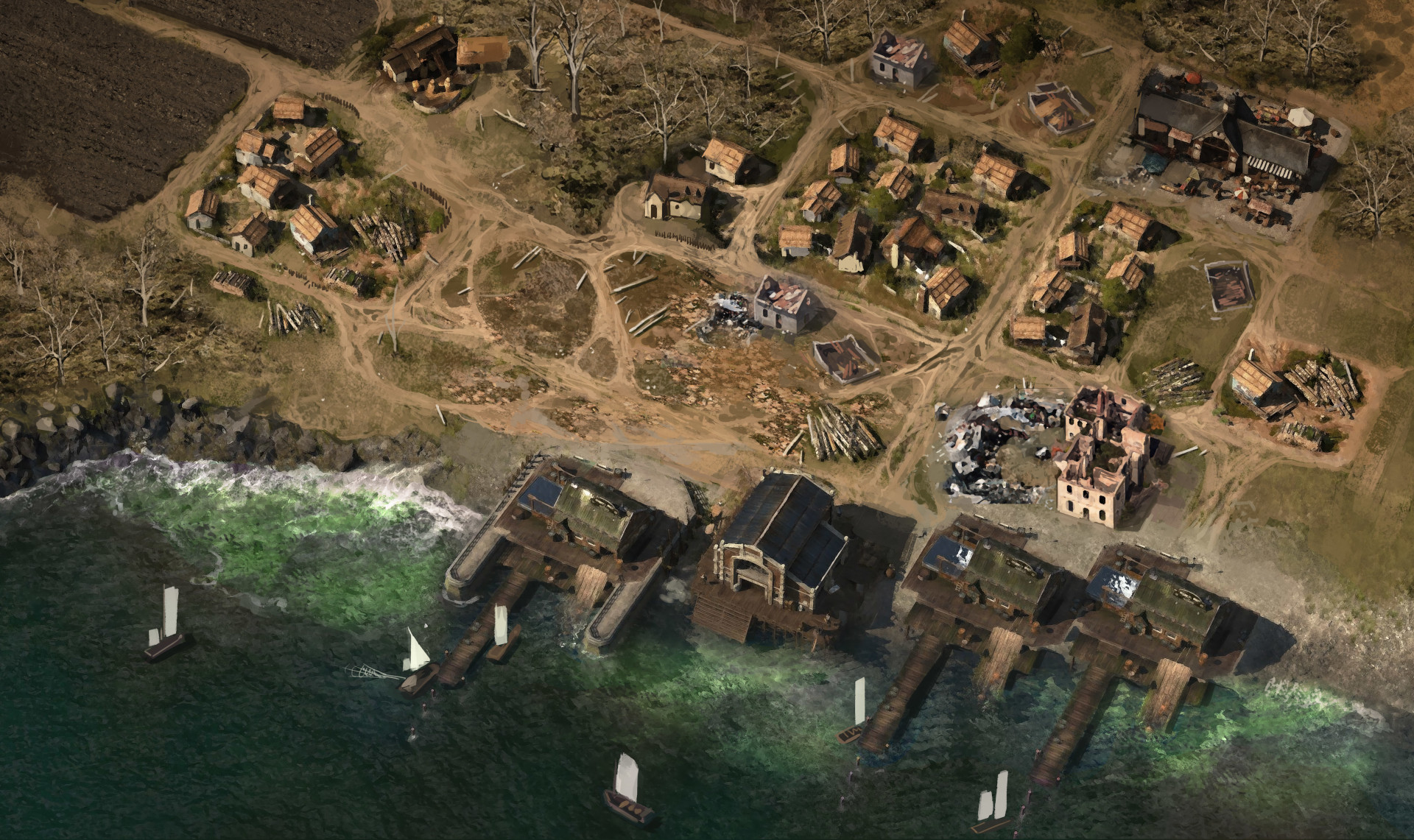 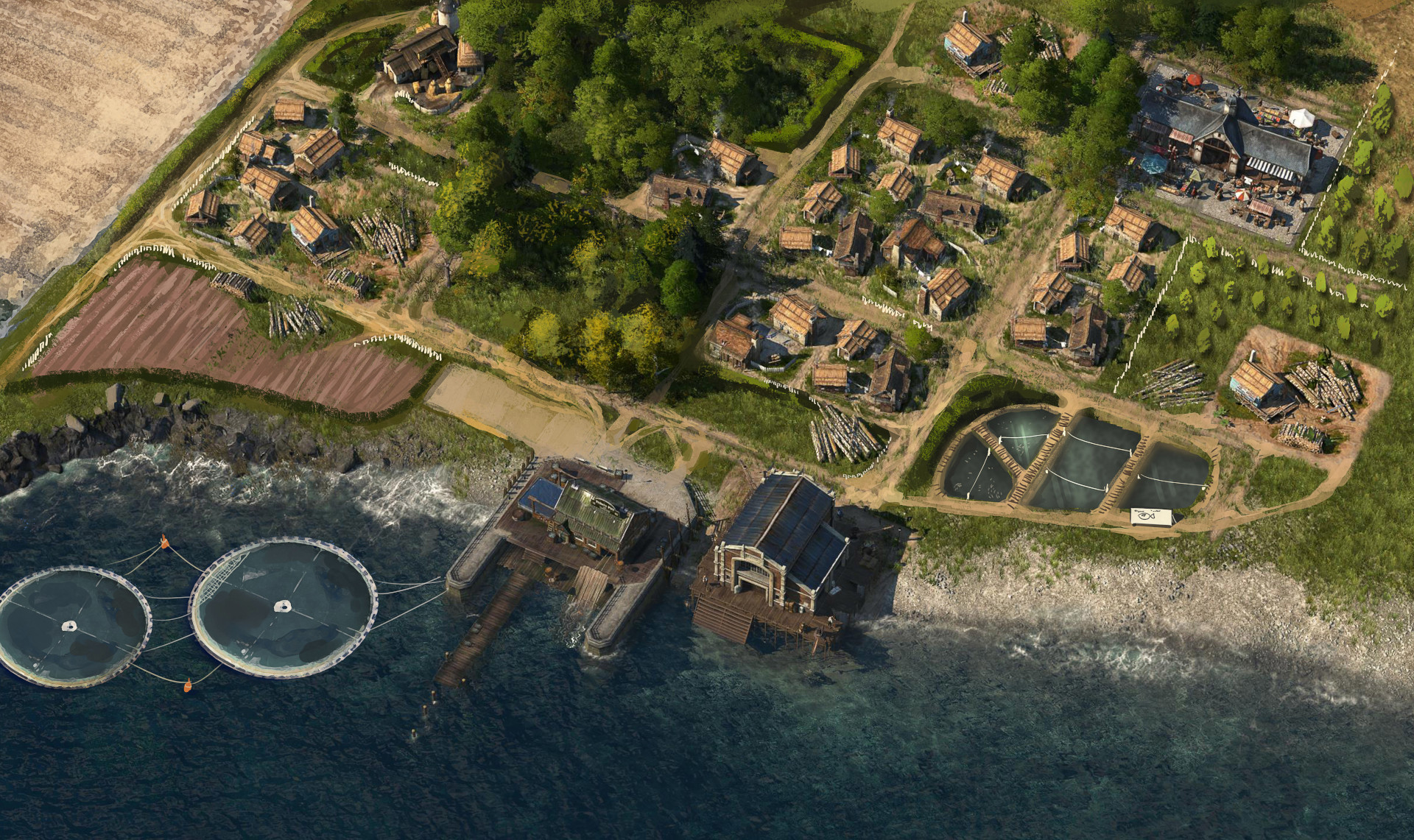 As a twist, we’ll also be introducing a rogue-like element here: Unlike in the real world, you will be able to try again and improve on your previous attempts. Not only with the knowledge gained from this last attempt, but also with technological improvements you can research, and which will stay unlocked for all future attempts after being unlocked once.

All this would come as a completely new, separate game mode to Anno 1800 – no worries, you won’t suddenly need to reorganize your islands 😉

Right now, we’re still rather busy with “The High Life”. Therefore, we’re planning to release this new game mode later this year, currently aiming for December 14th (keep in mind the date is not 100% set in stone yet) and will provide you with more information closer to that date

For now, head over to Playing 4 The Planet to vote for us! (the mode will be developed independent of the result)

And of course, check out the websites for Play4Forests and Glowing, Glowing, Gone and sign the petitions to do your part to protect the forests.