Our latest DLC, “Tourist Season”, is one week old, time to dedicate a Union Update to provide some news and updates.

We’ve seen some questions and the occasional confusion about “Tourist Season” buildings like e.g. the Chemical Factory not being influenced by any of the existing items from a Trade Union or Town Hall.

In short: Yes, this is working as intended and not a bug or oversight. The new buildings have their own building class (“Multifactory” or “Food & Drink Venue”) and are not regular “Production” buildings – this way you can clearly distinguish them from other services and see if the items will influence them or not.

While we’re aware this at first might be counter-intuitive to some of you who love creating layouts around Trade Unions, after some testing we decided that we can provide a better, more challenging game experience this way.

A lot has happened since release and it’s no secret that some existing item combinations can be… slightly imbalanced. Getting 10% more residents on an Artisan house with 50 people isn’t such a big deal, while 10% of a Hotel with 500 people is a completely different matter. Walking the tricky path between adding new challenging mechanics while not overthrowing the game’s balance (and breaking all your savegames) is never easy to get perfectly right and as a result, we opted for this solution for the new “Multifactoy” building class.

We have also received reports on a few smaller bugs from you, like trees disappearing after reloading a savegame, a randomly disappearing UI or filtered notifications not getting deleted. We’re currently investigating these problems and will keep you updated regarding the next Game Update.

The new buildings and ornaments of “Tourist Season” inspired so many of you to create your own videos and many, many screenshots, so of course we have to share them here on the Anno Union.

One big challenge of “Tourist Season” is, of course, fitting in the large new Hotels into your cities. Size alone can be a problem already, but aside from that, creating a visually pleasing area around them is the second part of the challenge. If you’re still experimenting, maybe the following screenshots can serve as inspiration:

Cjnewson88 decided to locate their Hotels near the mountain lake on Cape Trelawney. Sure, this means a slightly longer travel from the harbour, but you just can’t beat that view.

This inner city solution by Aestris combines a vast park with the new Iron Tower monument and the nearby Palace. 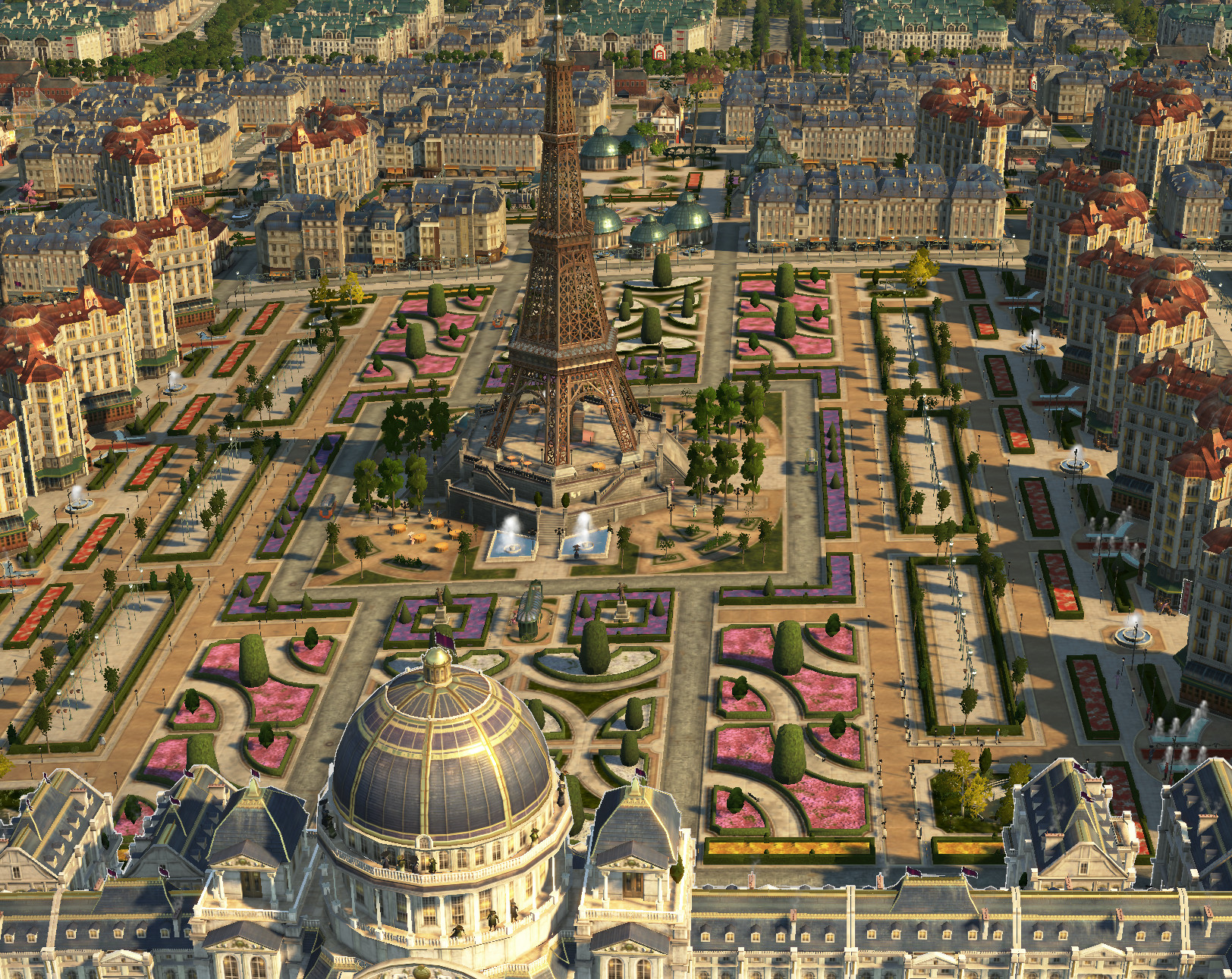 Bloc75 instead experimented with a separate, small Tourist retreat with all required amenities nearby and a great view of the Clearwater Pool. 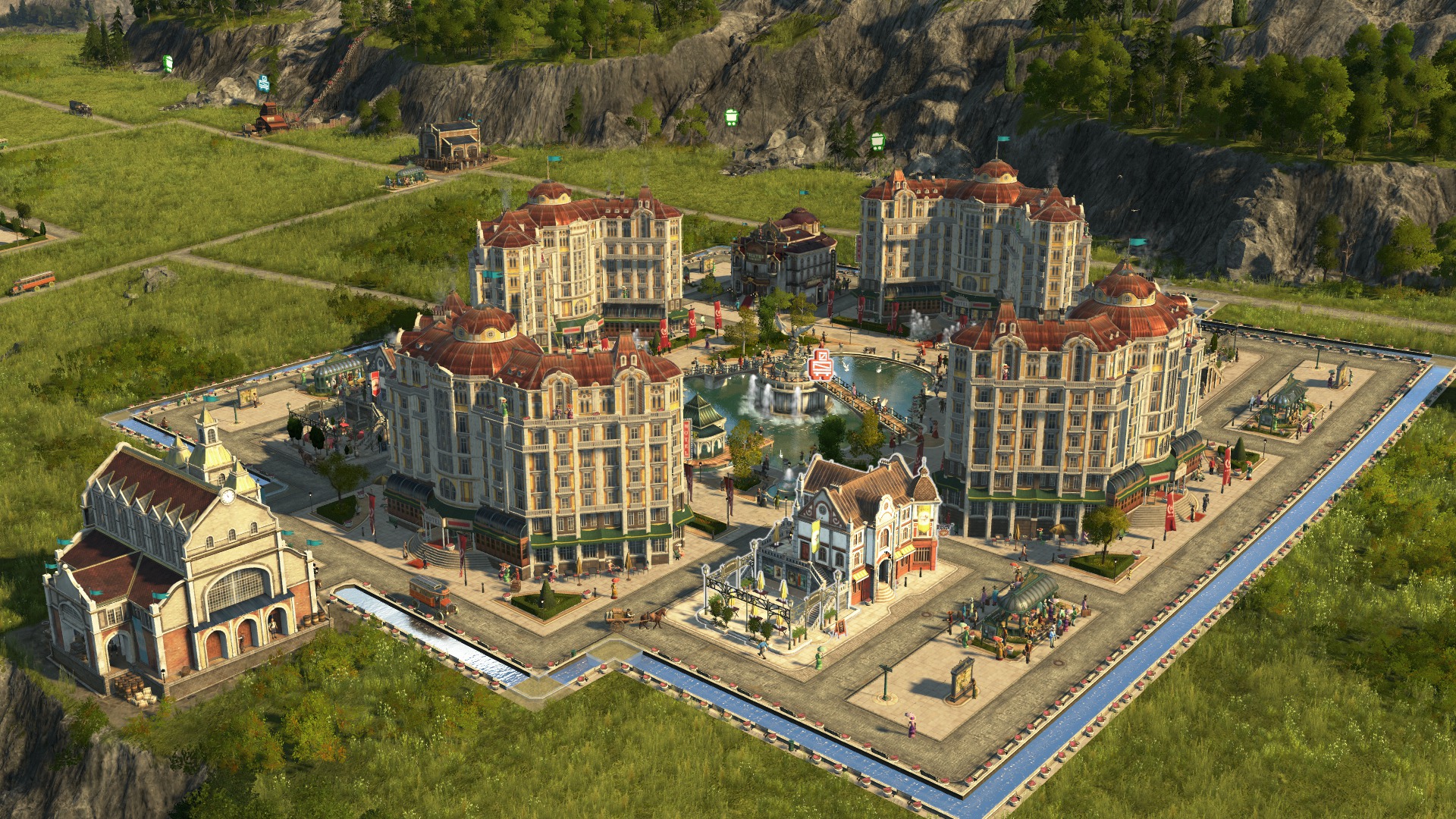 A fully redesigned city, complete with monument, hotels and a large Docklands can be admired on Verir‘s screenshot:

If you’re looking for a video guide or some advice on how to make the most out of the new mechanics, why not check out Takarazuka’s video on the Bus Network or Itroo’s introduction of the Recipe System.

As always, tag us on Twitter with your screenshots or videos or post them on one of the platforms we’re usually visiting like the official forums, the Anno subreddit or the Annoverse Discord server – and maybe your creation will end up in our next Union Update.

Talking about the “Annoverse”: The dedicated Anno fan Discord server is celebrating a new milestone!

After recently reaching 10.000 members, their admin team decided to organize a giveaway tied to a little contest. Head over to the Annoverse server for all details and instructions on how to participate in their #giveaway-submissions channel.

From us as the Anno Dev Team, we want to use this opportunity to say thank you to the admin and mod team of the server, it’s been a pleasure working with you over the past years, participating in the “Roundtable” AMAs you organized or simply having a chat with the Anno community on this server from time to time. 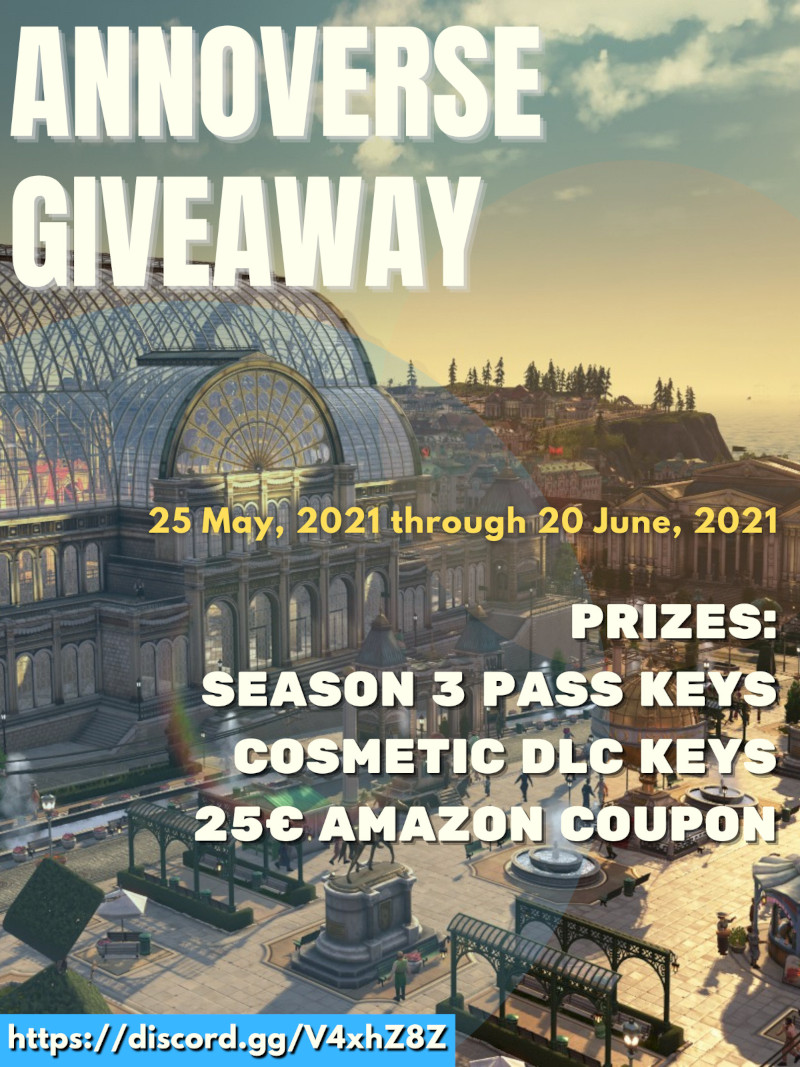 As announced in March, the decision was taken to shut down the online services for some older Ubisoft games with smaller online audiences on May 22nd, which was later moved to June 1st. This includes the legacy (i.e. original) version of Anno 1404.
This means that from today (June 1st) onwards, the online services including the multiplayer are no longer available – the singleplayer experience is not affected.
This is only referring to the original/legacy version of Anno 1404, not the Anno 1404 History Edition.

A list of all games for which the online services are or will be disabled can be found on the official Ubisoft Forums.