Our latest DLC, “The High Life” was released over a week ago, time to take a look at the recent events and the cities you have built since!

First of all, though, let’s talk about the issues several of you encountered following Game Update 12.

While we deployed a quick fix for the problems with Ubisoft+ and the Free Weekend last week, the issue with the Game Update some of you are facing (an “update loop” which downgrades the version to 11 again) unfortunately was a trickier situation, not only affecting Anno 1800 but also other Ubisoft titles. The Ubisoft Connect team deployed a fix this morning and the problem should now be solved.

Let us know if you’re still facing these issues.

Please be aware that this coincided with some general Ubisoft Connect issues starting yesterday which might have impacted you, resulting in an “incompatible savegame” warning mid-game (can usually be resolved by restarting Ubisoft Connect), issues in multiplayer and with the cloud sync feature.
These should now also be solved.

You have also reported several new bugs to us, be it regarding campaign quests, the anarchist defectors or trade routes and we’re also looking into those.

As usual, as soon as we have news regarding the next Game Update, we will share it here on the Anno Union as well as our other channels.

We apologize for the inconveniences caused.

Over the last week, many of you also shared plenty of awesome screenshots from your transformed cities and discussed the new features and mechanics. We had a hard time deciding which ones to include in this week’s Community Spotlight.

The first one is this wide panorama shot by imnekosama, showing the new skyline of their city including several of the new hot-air balloons. 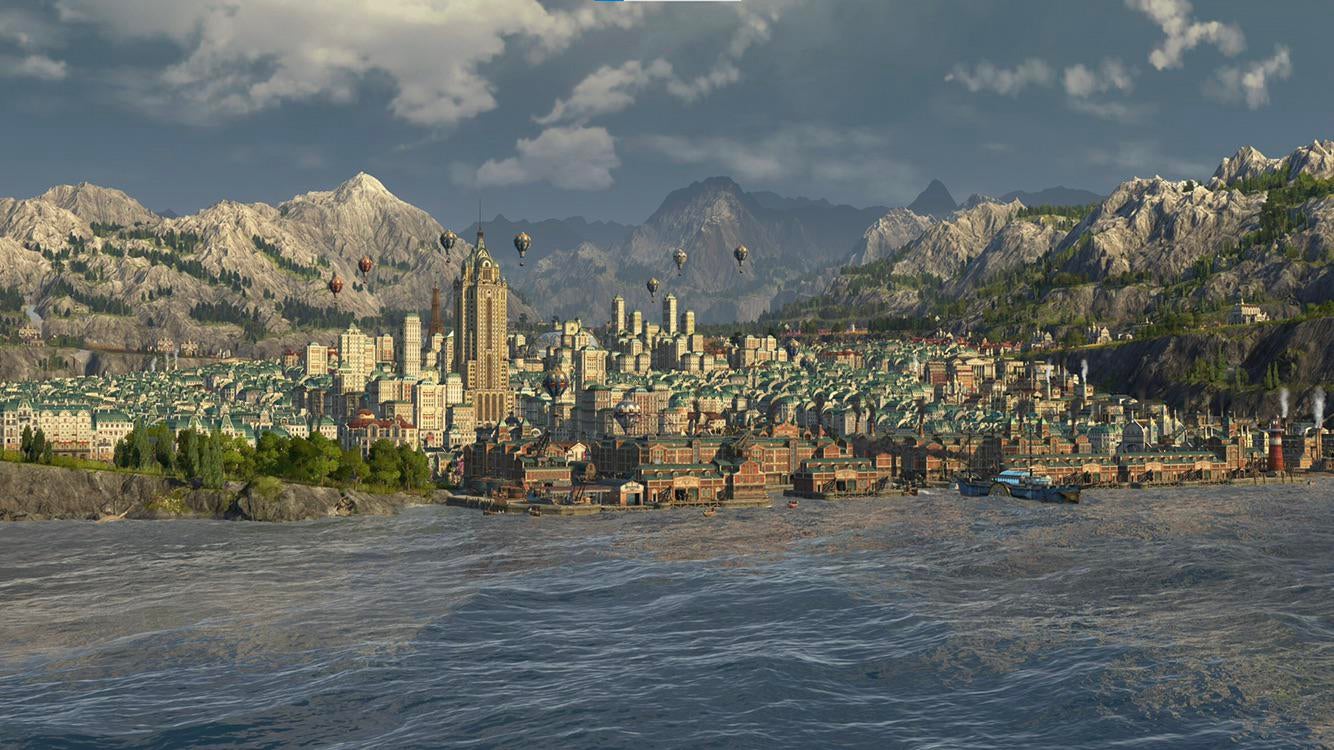 In contrast to that, Eremon485‘s screenshot shows a market place in the city, surrounded by Shopping Arcades as well as plenty of Skyscrapers. 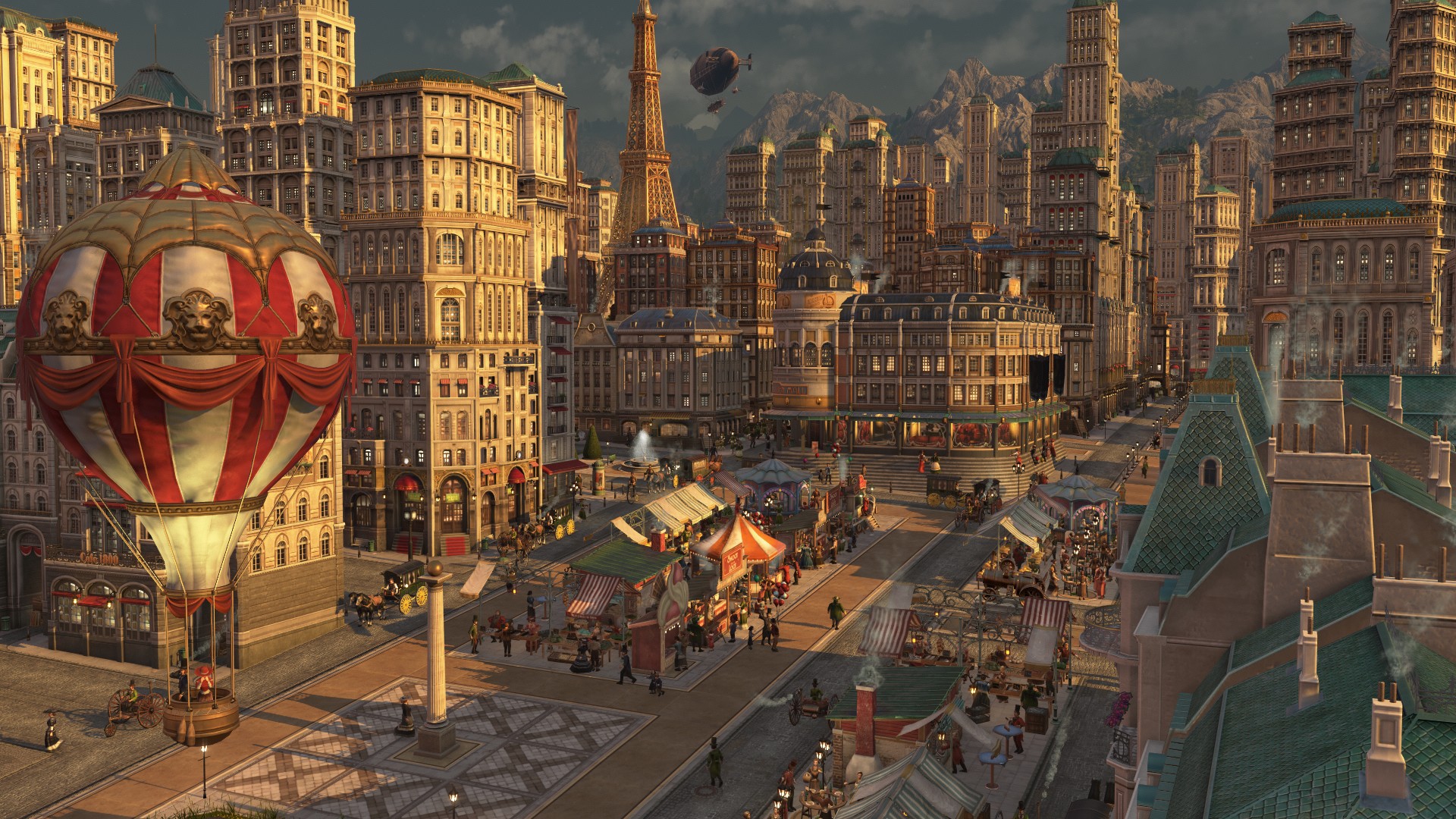 Lucasmello777 clearly got inspired by the Central Park in New York when creating this new district on Crown Falls. 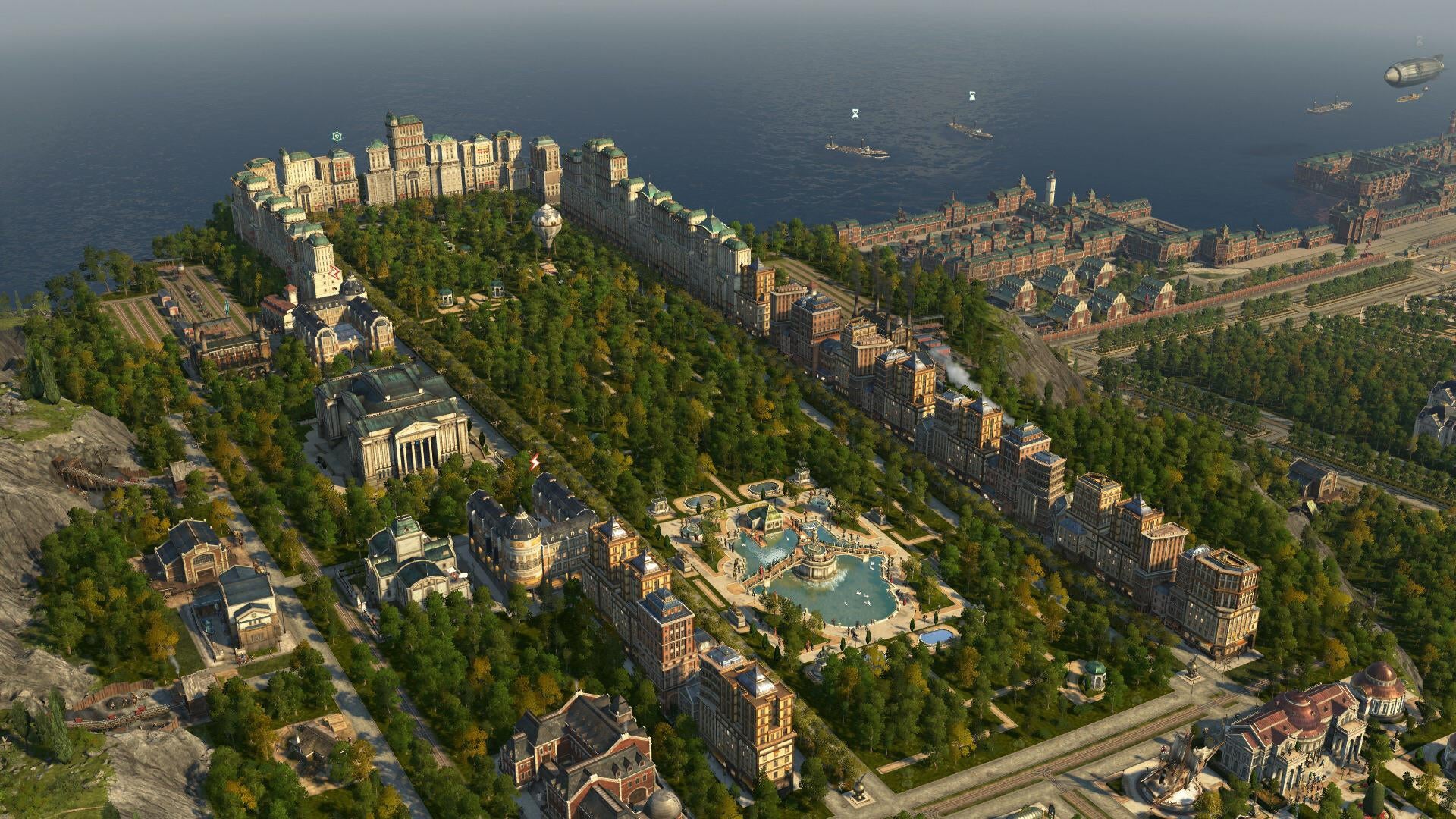 Of course, “The High Life” came with several new ornaments – including the Spotlights which create especially majestic scenes at night, as Mithaldriel demonstrates. 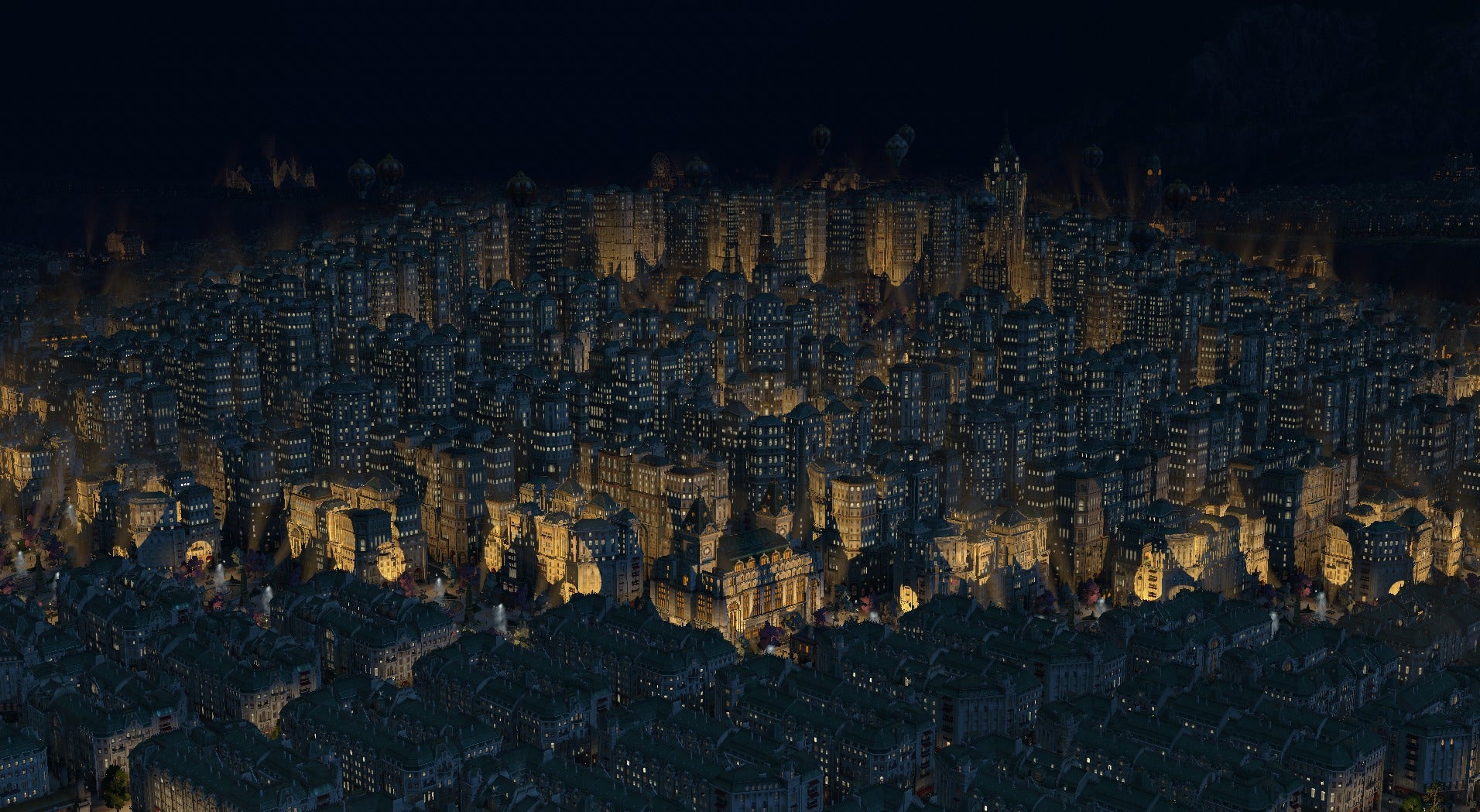 On Discord, Paul showed off how the Skyscrapers can serve as a nice backdrop for the Palace. 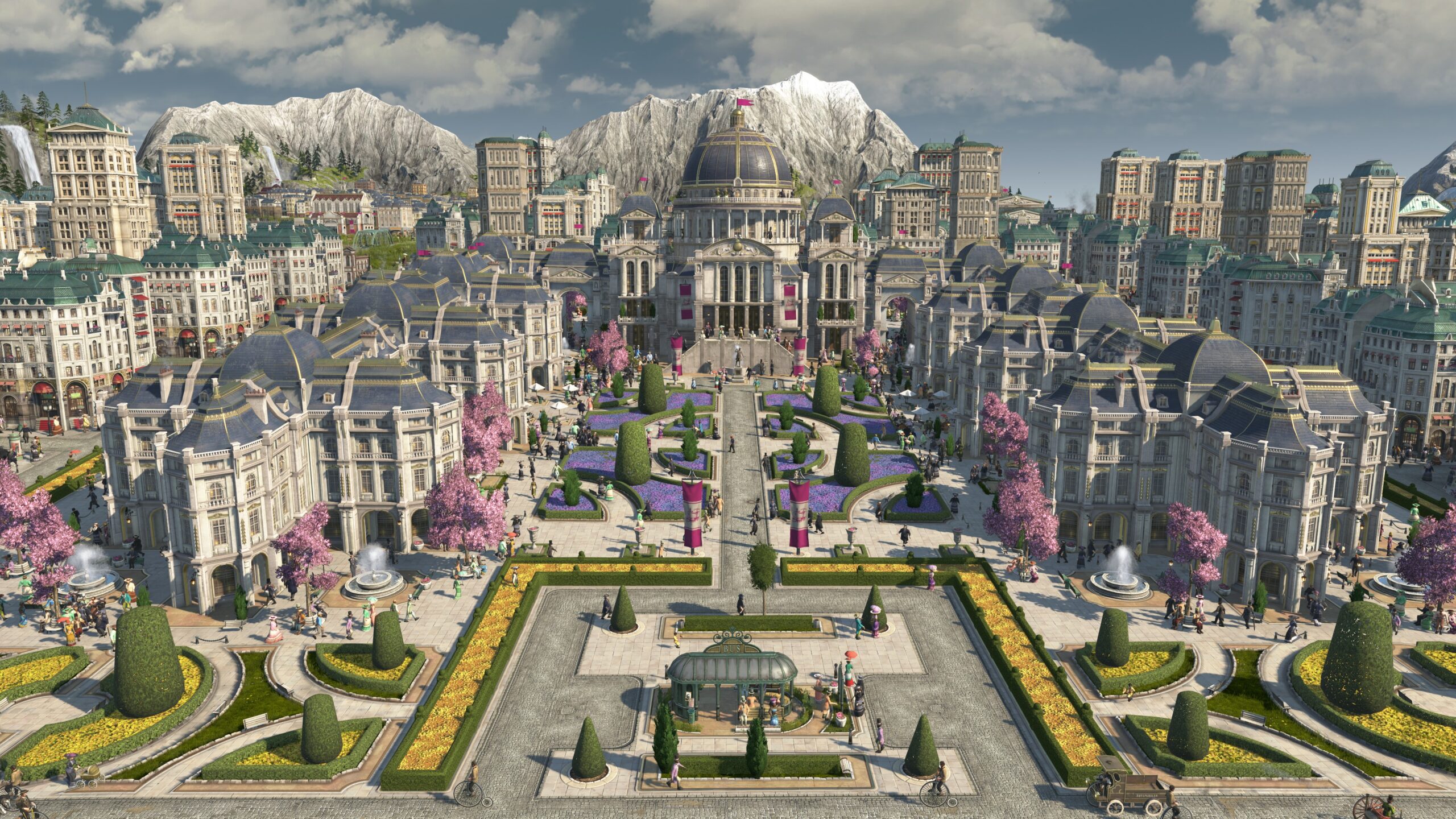 We conclude with this Screenshot by AnnoEffect, a city divided into districts and the wealthy Investors in the back clearly enjoying a great panorama over the island as well as the nearby mountains. 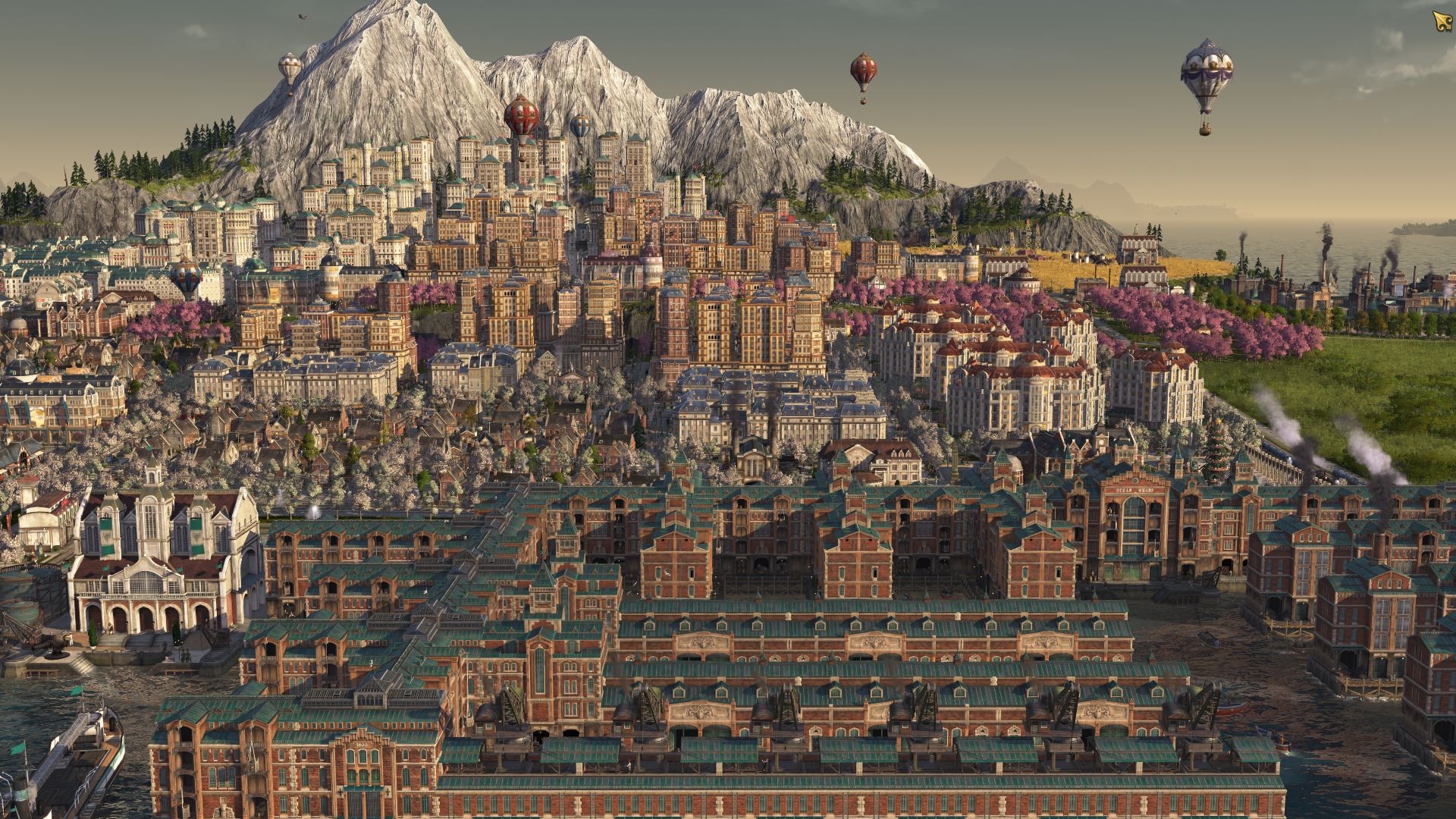